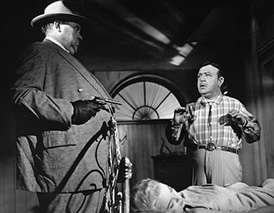 Mexican cop Mike Vargas (Charlton Heston) and his American wife Susan (Janet Leigh) encounter more than they bargained for when they drive into the California border town of Los Robles—extortion, kidnapping, and murder are par for the course in the dusty fiefdom of veteran sheriff Hank Quinlan (Orson Welles). Can Vargas unveil decades of corruption and protect his bride from a marauding gang? Welles' return to Hollywood from European exile is the stuff of legend—a crime drama so extraordinarily stylish it looms symbolically as the end of the classic noir era. Time and changing tastes have led some critics to laud it as the equal of Welles' earlier masterworks. Presented in 35mm courtesy of Universal Pictures 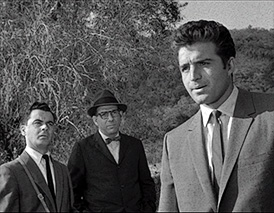 Cold, ruthless Claude (Vince Edwards) has no prospects in his young life—so he decides to stake his place in the world as a hired killer—but when he's sent to sunny California to kill a gangland witness, his sudden discovery of "ethics" could prove fatal. An ultra-low budget gem from director Irving Lerner, shot in only seven days, with a strangely hypnotic pace and a spare, haunting musical theme by guitarist Perry Botkin. A personal favorite of director Martin Scorsese, who's admitted this film's stylistic influence on Taxi Driver—particularly the Travis-in-training sequences. Presented in 35mm courtesy of Sony Pictures 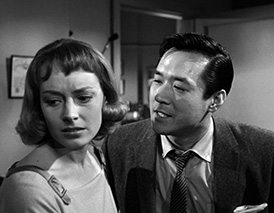 As the classic noir era waned, director Sam Fuller came out blasting with the first of a series of wildly original crime thrillers. This one starts as a pulpy policier, with a pair of L.A. cops (Glenn Corbett, James Shigeta) hunting the killer of a stripper. It twists into a heated romantic triangle with both cops falling for a key witness (Victoria Shaw). The rare film to explore the Nisei experience in America, featuring a compassionate take on the Japanese cop's torment at falling for a Caucasian. As usual, Fuller's kinetic inspirations sometimes collide with stilted exposition—watch out for flying shrapnel. Presented in 35mm courtesy of Sony Pictures 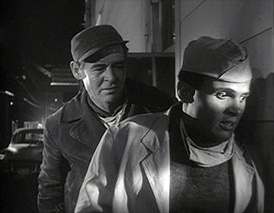 One of the tersest, tensest heist movies ever made is also an angry (and still timely) riff on race relations in America, predating the Civil Rights movement of the 1960s. A trio of desperate men (Harry Belafonte, Robert Ryan and Ed Begley) plan a last-ditch bank robbery in upstate New York. But Ryan's bigotry and Belafonte's take-no-prisoners pride keeps the tension simmering—leading to an explosive climax. Wise's direction is crisp and cutting edge—a huge inspiration to French noir master Jean-Pierre Melville. Gloria Grahame and Shelley Winters offer kinky and melancholy support, respectively. A late-cycle film noir masterpiece, highlighted by an inventive score from John Lewis and the Modern Jazz Quartet. Presented digitally 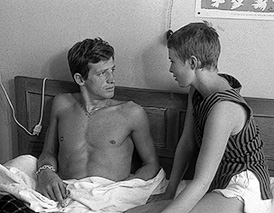 Small-time crook Michel Poiccard (Jean-Paul Belmondo), a ne'er-do-well with a headful of cinematic delusions, falls for Patricia (Jean Seberg), a sexy, young American in Paris. Action, ennui, and tragedy ensue. On one level a loving tribute to Hollywood B moviemaking, but more crucially a simple tale told in non-traditional, exhilarating cinema verité style; it heralded not only the arrival of France's nouvelle vague—but a seismic shift in movie style and technique. One of two noir-tinged films released in 1960 that forever changed international cinema. Presented in 35mm courtesy of Rialto Pictures 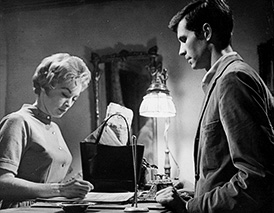 Arguably the most influential film in modern cinema. Hitchcock's groundbreaking and trendsetting picture starts as pure noir: Marion Crane (Janet Leigh), desperate for a new life, steals $40,000 from the real estate office where she works. Fleeing to a rendezvous with her lover, wracked with fear and guilt, she stops for the night at the Bates Motel—where she meets timid, awkward Norman (Anthony Perkins) … and his mother. Traditional noir quickly goes down the drain, and a new era of sensational cinematic terror gripped the public's imagination. Featuring an incredible score by legendary Bernard Herrmann, and several of the scariest sequences in movie history. Presented in 35mm courtesy of Paramount Pictures 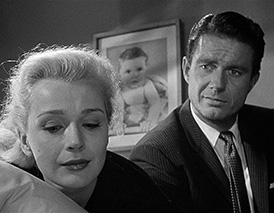 Teenaged Tolly Devlin is the lone witness when a trio of hoodlums kill his father. As an adult ex-con, Devlin (Cliff Robertson) dedicates himself to avenging the murder. After rescuing a female drug courier, he uses her to gain access to the syndicate. When the FBI offers a deal as an informant, Devlin strings them along while hatching a plan to eliminate his father's killers. But revenge is so sweet, Devlin doesn't know when to stop. One of Fuller's punchiest smash-mouth crime dramas, Underworld USA uses the never-ending war between the cops and crooks as backdrop to an all-consuming vendetta. Presented in DCP courtesy of Sony Pictures 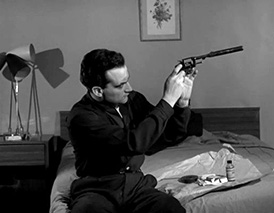 This maverick independent production from the end of the classic noir era, shot entirely on location in New York, tracks a stoic hit-man (played by director Baron himself) returning to his home turf for what's meant to be a quick, efficient assignment. Fate, guilt, and double-crosses intervene. One of the bleakest crime films ever, highlighted by a unique, omniscient "second person" voiceover narration. Like Kubrick's The Killing and Wendkos' The Burglar, this represented the transition from studio noir to independently produced "neo-noir." Presented in 35mm courtesy of Universal Pictures 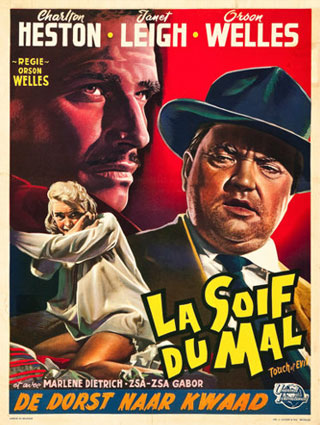 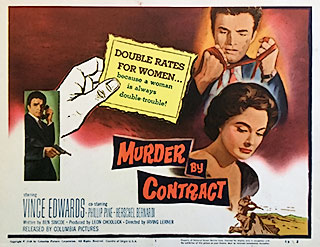 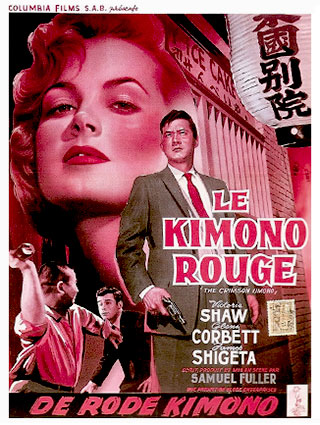 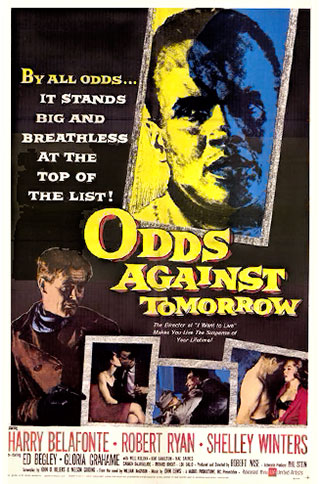 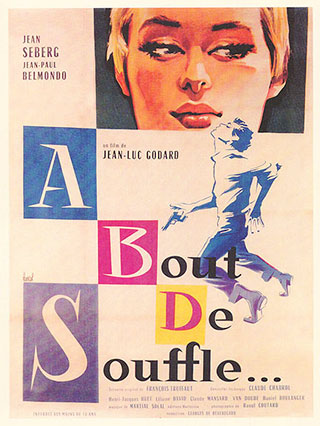 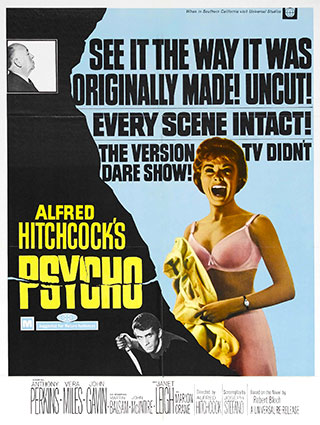 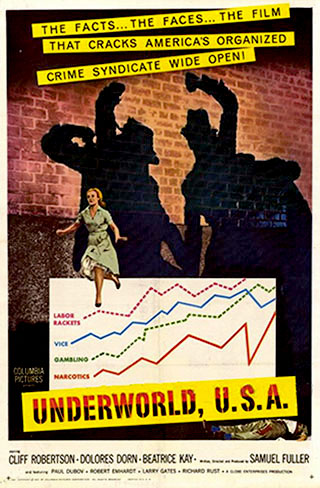 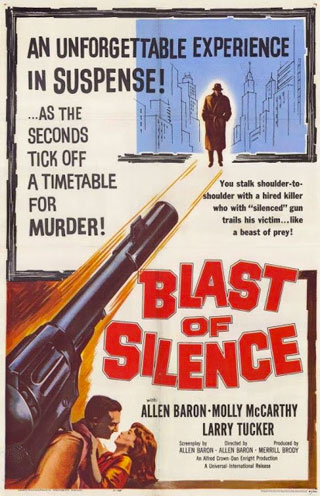